A young girl works in an office, lives alone in a small flat in a crowded city and her only companion is a yellow bird. One day a cloud appears above the flat, which brings rain endlessly. A supernatural process begins in her flat, helping to lock her out of the outer, grotesque and absurd world. At the end of the film, the wall between the two worlds breaks down, the small flat could not become the place she dreamed of, but rather a weak bunker in a war. 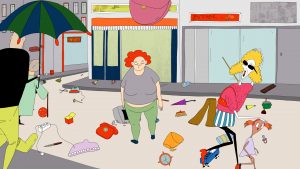 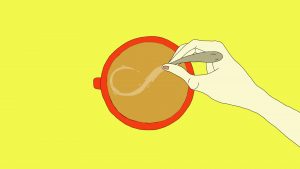 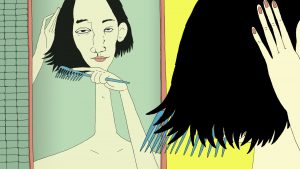 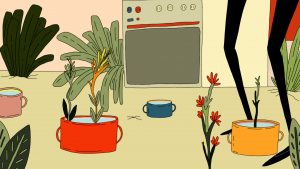 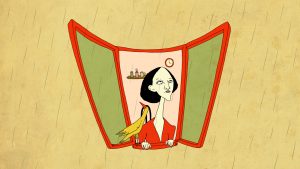