The Monkey King, a legendary troublemaker hatched from stone and schooled in divine magic, had stolen the Dragon Lord’s most treasured weapon: a magical staff. Returning to his kingdom to show off his treasure to his tribe of warrior monkeys, he finds himself caught in the clutches of two soul collectors, dragging him to his death. Shunan Teng details the Monkey King’s journey to the underworld. 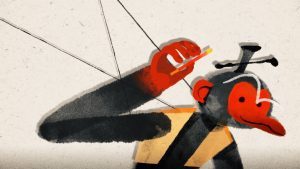 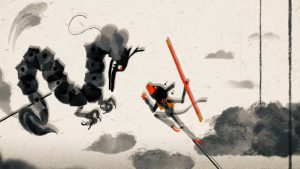 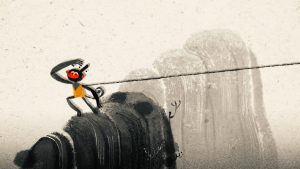 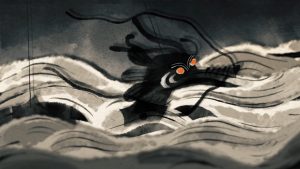