Through this short animation, I wanted to explore the impact of the beauty standards and the sense of inclusion in society to highlight the mental state of people who do not conform to the stereotypical perception of beauty.

I wanted to focus on the different aspects of physical insecurities by focusing on the psychological impacts of beauty standards on people. I am aware of the fact that the beauty standards placed on women are unrealistically unachievable in today’s world. Society’s oppressive perspective towards female identity forces women to come to the fore by using their beauty, thus increasing the pressure of beauty standards on women.

I wanted to portray my critical perspective on this topic with a storyline. To this, I decided to create a 2D animation by using Procreate. With my prior knowledge, I was inspired by the German Expressionist film and art movement while designing the background images and characters. In this short animation, I wanted to characterize a woman who sees herself as ugly and only draws women’s portraits “uglier” than her. While drawing the scenes of the animation, I combined my drawing style and the expressionist movement’s codes and conventions to create an ominous atmosphere, a metaphorical representation of the main character’s mental state. The extended symbolism of the caterpillar through the animation emphasizes the realization of the main character and the transformation of the main character’s perspective towards beauty standards, adding to the idea of inclusion and self-acceptance.

During this time, I researched old films and found Robert Wiene’s expressionist film called “The Cabinet of Dr. Caligari (1920)”. I was impressed with its innovative use of sound to represent the characters’ emotions. Therefore, I created a non-diegetic background piano soundtrack for my animation. With the use of crescendos and distorted harmony, I aimed to represent the emotions of the main character without using monologue or dialogues. The shift in the notes of the music also supported the transformation of the main character throughout the animation. After searching for the structures of the old films from the late 1920s, I decided to integrate the text frames used in silent films to this animation to visually present the monologue of the character rather than audibly.

To further investigate this topic, I searched for the adjectives that highlight the perception of beauty. All the adjectives (alluring, good-looking, gorgeous, splendid…) were simply referred to the visual and physical representation of beauty. This made me include portraits in this animation since the main character only compares her physical appearance with the woman in the portrait to determine whether she is beautiful or not. This also made me realize the prejudice and bias caused by beauty standards.

By continuously connecting the drawing style to the message through the use of metaphors and symbolism, I believe I effectively communicated the main message of the animation: beauty is not all about physical appearance. 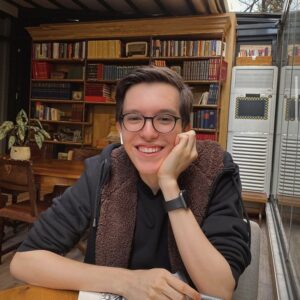 My name is Ata Yigit Guney. I was born and raised in Turkey. I am 19 years old and I am studying at The Koc School, Istanbul, Turkey. I am currently an IB Film Student. From an early age, spending time with my artist grandfather sparked my interest in drawing and painting. Later I discovered my interest in film making and digital art. I love creating 2D animated short films. 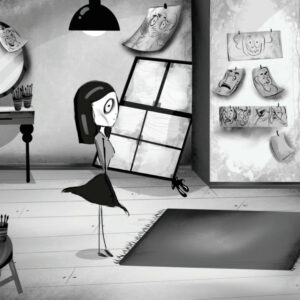 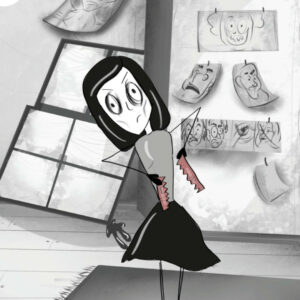 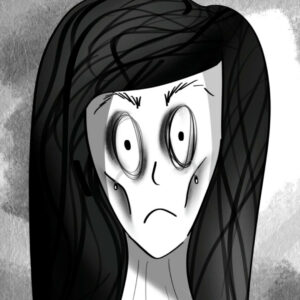 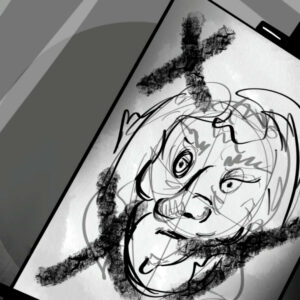 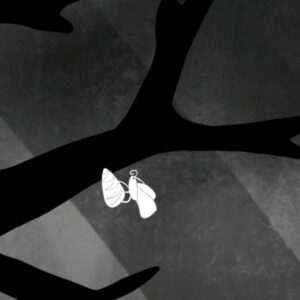 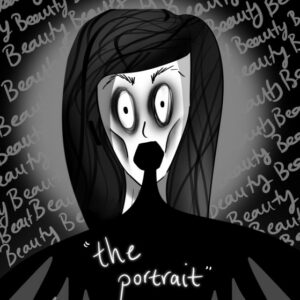