“A dirty lake bursts its banks and begins to flood the town.
At last there´s a good reason to keep the son at home.
But in isolation, nightmarish associations start to mix with reality.
And whilst outside the world sinks peacefully under water,
a domestic apocalypse rages inside. ” 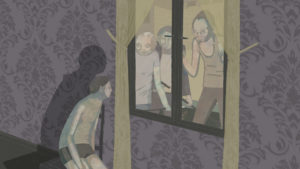 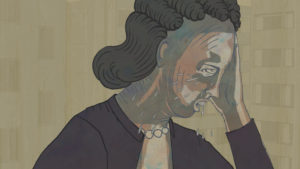