For a long time, humanity has separated itself from animality. But the more scientists know about non-human animals, the more they see similarities with humans. We need animal emancipation to go forward. This short movie makes a start in breaking down human’s hierarchical ideas about other animals, using real-life examples. 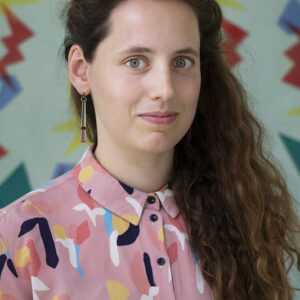 Since a very young age, Cox Janssens has been driven by exploring, learning and creating. She wanted to know about everything in detail. To become a Homo Universales was in her head a good choice for a job. She never lost this eagerness to be a know-it-all: it made her work in different creatives fields and establish her creative studio Conform Cox in 2016. Cox has worked as an illustrator, graphic designer, podcast maker, researcher and textile designer, after being trained as a designer at Design Academy Eindhoven.

However, illustration and storytelling were always the core of her practice. 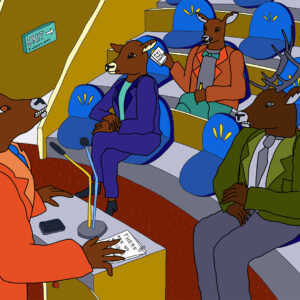 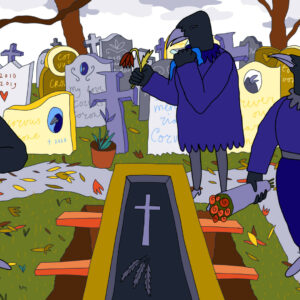 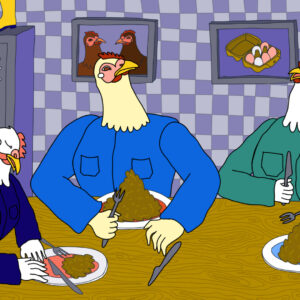